Next One Tactics is a "Puzzle Tactics" game where you only have one unit, but they switch class every turn!

Can you fight off the hordes of enemies coming after your lone warrior?

Please give the game a try at least past Stage 7. This is when the Archer is introduced, and the Mage is introduced later down the line. These units really change up the game, and make you focus a lot on positioning as well as strengths and weaknesses :)

Not necessary, but since some of you asked for a small guide: Sword > Axe > Spear > Sword :)

There are 17 stages in total.

I like the concept, and I also appreciate your philosophy of "show don't tell", but a major roadblock to making that learning experience fun is that the death screen and respawn time is far too long, especially when you're dying frequently early on because you still don't know it's who's who in the rock-paper-scissors diagram.

On the topic of your level design, the most intuitive level was the one that had one of each bad guy in a triangle; this instantly made me realize everyone has a strength and weakness, before that level I just assumed that the axe guy kicked everyone's ass because that's all I saw until then. I would actually make that your second level (your first level's a great intro to the controls, no need to change that), since it makes the rest of the learning process flow much easier.

Finally I would change how the red squares work. It was a little confusing figuring out the archer's actual range since the red squares relative to the square you clicked don't actually show until AFTER you've already made the move and realize you're out of range.

Despite my criticisms, this game has loads of potential as a fun $5 steam game, just give it that extra pollish and more playtesting, and I'd buy it!

Thank you! This is some good advice I will take into consideration after the jam :D

It's a pretty neato game! I'd like if there were more explanations of things, though, it takes a long while to get through mistakes.

Thank you! I've added a little reminder of the weapon triangle in the description :)

Love the concept and well executed! :) be helpful to have info on what units works well against what instead of having to trial and error but I guess that could take away from some of the challenge. Well done!

Thank you! Since this is GMTK I tried going for a "show-don't-tell" design I tried teaching the player through level design. But if I ever expanded on the game outside the jam, I would definitely include a guide :)

Simple and effective design. Cool twist on the jam's theme

Wow. This is actually incredibly fun. The controls are smooth and the gameplay is great. I found myself spending way longer in this game than i was anticipating ahaha. How many stages did you end up making? I got up to stage 9 myself. I really liked when stage 7 mixed the game up even more right as I got the jist!

Thank you very much! There are 17 stages in total! :D

I hope I can convince you to come back for another try after the jam and beat the final stage! :)

I very likely will and I look forward to having another go once the voting period ends. Thanks for the great game, its inspired me to look into building a tactics system myself. :)

Good luck in the jam btw!

Best of luck if you do decide to build one!

I see you’ve made a submission yourself to this jam, I promise to check it out in the morning and give a rating :)

yo thank you! It's pretty much just a prototype but I greatly appreciate that! 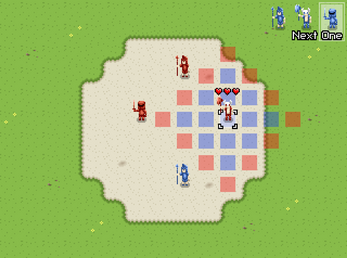 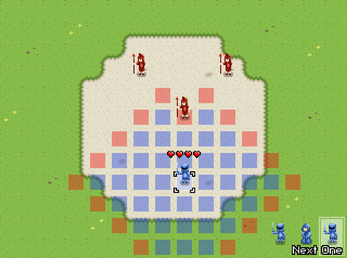 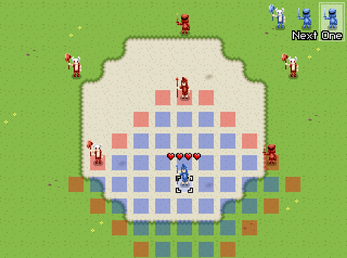 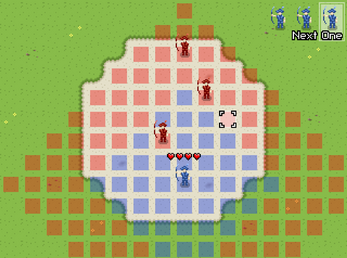